As Day 1 was a long driving day we had created more time in Goreme to do things, the firstly of which is proof that this trip isn't pure rock & roll - a trip to the supermarket to get supplies for the truck.
Whilst utterly mundane, it is a small view of the everyday life in Turkey and it looks a lot like anywhere else in the western world - people buying all the usual items we all do, from a supermarket which felt too much like a Tesco for my liking (the blue & white "value" brand being the seal).
The truck was the source of much interest and amusement to a group of local kids - unlike other parts of the world where overland trucks are common, its must been fairly rare to have one parked outside a shopping mall (where the supermarket was) in the middle of an otherwise ordinary town in the middle of Turkey.

The afternoon was spent at the Open Zelve Museum, which is a UNESCO world site - a fascinating place and another chance to explore cave buildings, which yet again is an interesting mix of homes, communal facilities (cooking, larder, wine production, etc) and another Christian church within more stunning artwork, which is in far better condition condition than what I saw yesterday.
I think all of using who went (Kim, Brian, John, Rachel, Tony and Olly) all came away really glad we'd visited - well worth a few hours to slowly take it all in.

There is a real pleasure on having a couple of giggly 11(ish) year old girls come up to your group and practice their English - we got as far as names and where we come from. I think they went away happy that they'd spoken a little English, back to what's I assume is a school trip. It wish I could remember their names.

One small drama - an old lady from another group collapsed as she sat next to me. John thinks this was a reaction to me zipping my trousers into to shorts, which isn't impossible - I'd blame the heat and a lack of fluid.
One quick check of CABC later and the most useful first aid skill I'd got was to run like buggery to fetch help, leaving Olly and the others with the woman. As with running away from an unhappy elephant in the Okavango Delta a few years ago, it turns out I can move surprisingly quickly when properly motivated.

The group went out to a wonderfully touristy dancing night for food, drink ("all the alcohol you want is included" as promoted several times, which is all well and good if you're don't have a long drive the next day) and to watch traditional Turkish dancing. Yes it was very very touristy, but it was a good laugh - especially that the biggest cheer of the night went to a group of 5 older (late 50s+) guys, customers, who took to the dancer floor between shows and danced - easily the dance highlight, even if it's was (Turkish) (gran)dad dancing off the highest order.
I suspect the pictures I haven of Olly and Kim being "dragged" on to the floor as a part of a show will make good decoration for the truck. 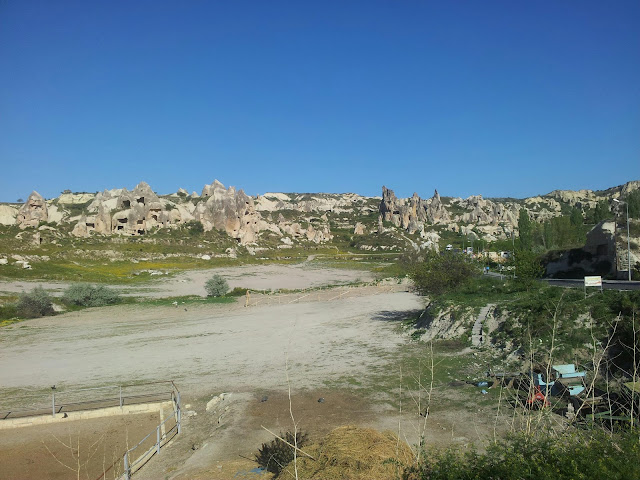 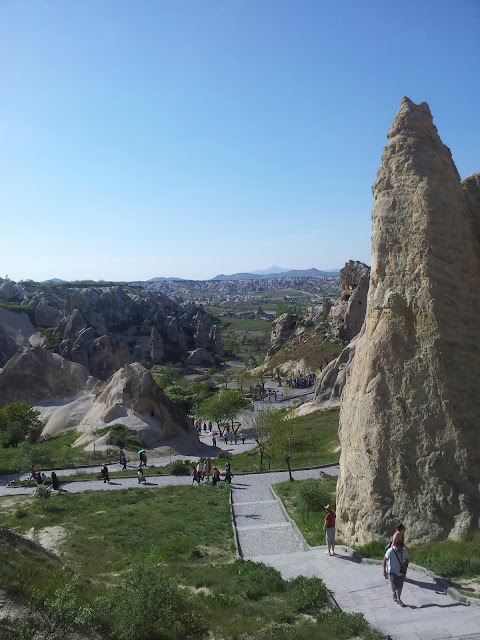 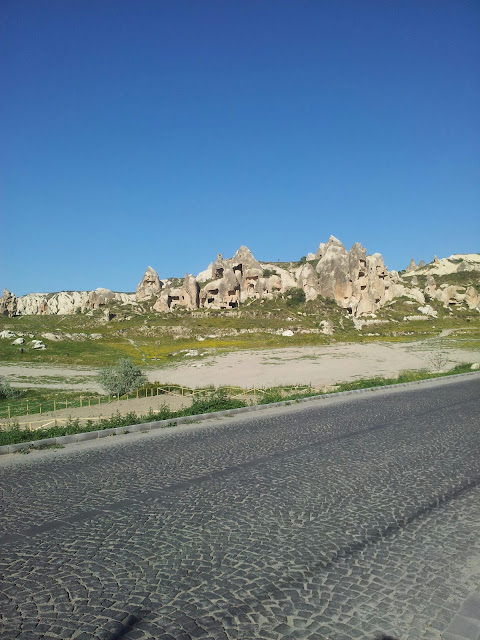