After a must more sensible starting time we were picked up from them hostel for an all-day tour of the Cappadocia region. For those interested, Cappadocia (or one of the various other spellings) means Land of Beautiful Horses, based on the history of the region and some invaders whole got, unsurprisingly, beautiful horses from here - 100 of them, according to our guide.

A combination of volcanic activity and water erosion has left a really stunning looking landscape - something I expect to say a lot over the next year.
It has also allowed homes to be carved directly into the rock, where a (far too short) look around one set on these was fascinating - a combination of places where people lived and ancient churches. We only had about 30 to look around, which is a real shame - I could easily have spent a good couple or hours poking around; the downside to a fixed itinerary.

One short drive and a short walk later and we're at another ancient home and church site, this time focused on the church - the areas where until really very recently (1960s) people lived; it just got too dangerous for people to live there (a family being killed was the last straw) , so they were moved elsewhere.
The highlight of the church was easily the wall paintings, which areas in a poor state - partly due to age, partly due to centuries old state sponsored vandalism, partly due to more modern destruction due to the people at the time being taught Christian images were a bad thing and partly due to the type of idiot who sees centuries old paintings and thinks the way to improve it is to carve their name in to it.

Another short drive later and we are at the one's of the many underground cities in the area, a places built centres ago as a refuge where, not if, invaders attacked - a safe space for 1000 people to live for a few week to sit outside an attack. The numbers of people who could live there is a clue to the scale - 8 levels of carved rooms, wells, ventilation shafts, a church and a place for the dead and more; all designed to withstand attack (small, single-file, corridors towards the safe areas and blocks stones (think Indiana Jones) with attack holes (think arrow slits in castles, just bigger)).
Fascinating to look around by itself, although the inner geek in me is amazed my the engineering of it all.

Alas, because it was a touristy tour it ended with a visit to a local factory/showroom, where we had the opportunity to look at how Onyx was cut (think turning wood) and then an array of tat which could become bought - I don't like this side to tours, but accept it is part of it. Still, it gave me 15 min sat outside in the sunshine.

The only thing I didn't do at the Onyx "factory" which I should have it tried the tea - pineapple and rather good, apparently. Still, fixed that with dinner - an underwhelming Turkish Pizza, but a damn good laugh with the waiter; we were trying to convince him that Brian and I were both the boyfriend of Kim, although that she was leaving us the next day to get married to a younger man - good times. 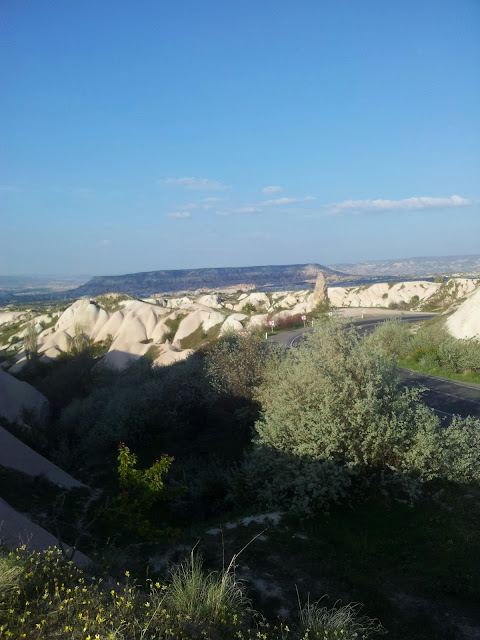 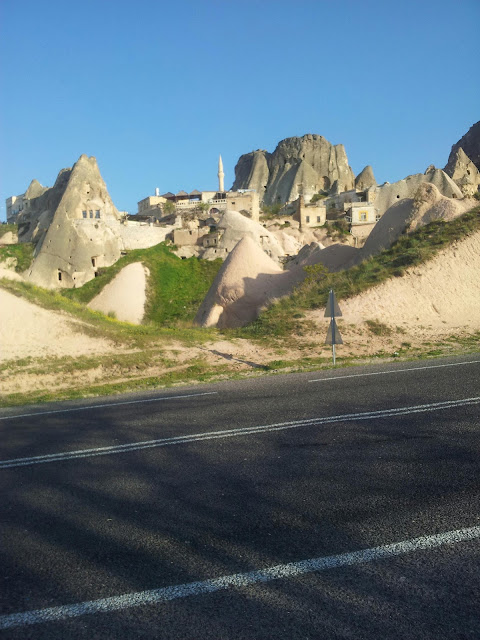 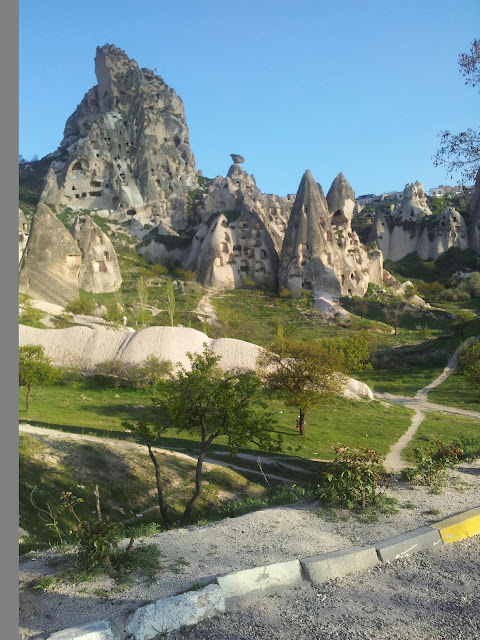