Something approaching a plan

The previously mentioned Istanbul to Ulaanbaatar trip has me finish in UB on the 22nd August - allowing a couple of days slack to allow for randomness (there is no way a journey that long over that distance is going to work to time) I'll be departing UB for Lima on the 24th August.  Cue 30-35 hours of travelling via a route to be confirmed (although I've got a fairly good idea) and I'm in Lima.

We've then got 10 days to do a journey we could do in 24 hours if we had to, but where the first day or so will mostly involving me doing nothing more taxing than picking what I want to eat for breakfast, lunch and dinner, possibly with a bit of the watching the world float by - I'll be jet-lagged to hell-and-back-again after that journey and probably unable to tell which way is up.
We work our way up from Lima to Guayaquil overland and then fly to the Galapagos, where I get to spend about 2 weeks playing tourist and Gil gets to start her medical volunteering - playing tourist with me when she can.

About the 17th September I head back towards Lima and spend the next 6(ish) weeks poking around Peru, taking in everything it has to offer - the short version of which is: lots.


At the end of October / beginning of November it's time to move on again - to South East Asia, via one of two possible routes:
1) Fly back to Beijing, spend a week or so there and then take the train to Hanoi
2) Fly back to Beijing and then fly straight out to somewhere within SE Asia, probably Bangkok.
The route comes down to visas.  Again.  This probably won't be sorted until I reach Lima after the Galapagos - as it depends on my routing in-and-out of Mongolia and what the visa people have to say.

I want to spend at least 3 months in SE Asia, spending more time if the funds allow.  This is somewhere I've wanted to spend a significant period of time for as long as I can remember.  This is that.


After the travelling part of SE Asia I'd like to spend about a month in one place studying, as this way I'll be heading back to the UK with a few professional certifications under my belt and that means it'll be easier to find work (yep, I'm months away from leaving and I'm already planning the return); realistically this means Bangkok or Hanoi, as these are cities where I'll have better access to the study materials and exam centres I'll need.

This has me heading back towards London in February/March 2014, depending on money.  The logical route home would be to fly from Bangkok or Hanoi back to London, but today I had the idea of taking the train.  Needs research.


So there you have it kids - the route in all its sketched-out glory.


As starts to the day go... Agreeing dates to travel to the Galapagos with Gil as our travelling together in South America is a a pretty damn good one.  By 10am today we'd sorted out our bit of South America, which means that I can now sort out the rest of it and then make that work for the rest of the trip.

A good start to the day, even if it does mean I now have to face hell.

I have seen hell

I have seen hell and it is plane shaped.  It is also the shape of any route from Beijing to Lima and then Lima to Bangkok (or Hanoi, essentially: somewhere in South East Asia).  30+ hours of travelling and £lots for the privilege - routing options include via Toronto (*waves hello to my Canadian friends*), London (which I just don't want to do) and various cities in the US (changing in the US is never, ever, fun).


Tomorrow I shall be stopping in to see my local friendly travel agent to see what magic she can work.  Not a lot, I suspect.

I can't take credit for this, blatantly stolen from a friend via Facebook. 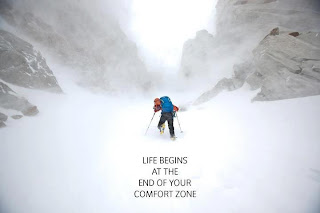 As starts to the day go

As starts to the day go, getting written confirmation of my booking of The Trip and sorting out visiting Toronto to see a friend I've not seen in far too long is a pretty damn good one.

I'm going to have my cake and eat it

Despite my previous post about the choice and how I waved goodbye to Central Asia it appears I get to have my cake and eat it...

Thanks to Gil there is a way of me doing both the Central Asia trip I want *and* spend time travelling with her in South America.  Gil is one of my closest friends, so being able to do both makes me deeply happy.

Today I booked myself on an Istanbul to Ulaanbaatar overland trip with Dragoman, spending four months touring the heart of Central Asia, China and into Mongolia.
Afterwards comes South America (something along the lines of Peru, bits of Ecuador and maybe the Galapagos), South East Asia (mostly Indochina, hopefully more) and, if I'm lucky, bits of Africa (Namibia down towards South Africa) - but the details there are all still in a (mostly) non-existent state, but should be reasonably sorted by the end of November.


I have waited and worked towards this day for a very very long time - it really doesn't seem real; it will be very real on the morning of the 25th April 2013 when I set out on to day 1 of my round-the-world trip.  Think of me.

In the end the decision, the choice, is actually a fairly easy one.  My options:

Sorry Asia - you'll still be there in a few years time.  Yes I'd like to go now and yes if I can do both I will, but realistically I can't.

So hello South America.  Hello to travelling with Gil, the pair of us getting to share part of each others big trips - the thing we've been talking about for literally as long as we've known each other.  Central Asia and the wilds will be there in a few years time; the chance to travel at this point, with this person, will not.

So long Central Asia, see you in a few.

I really want to visit you - I really do.  The total remote and wilds of you, the land less trodden, the chances to go places and do thing which are far removed from the beaten-track or even the beaten-backpacking-track (which, honestly, often isn't too far from the track - we just got there a different way and stay in far cheaper sleeping establishments).  The experience far removed from the norm.  The centrepiece of my long-held dream.

China isn't (currently) allowing British passport holders through and even if they changed their mind who says they wouldn't change it back; getting visas sorted for the Stans is a PITA and the UKPA has confirmed that I can only have 2 passports for business reasons and that removes my last  "easy" choice.

I now face the decision - if I do Central Asia then I can't do South America in Feb-April and that means not travelling with a friend of mine - it also means the plans which work really nicely if I leave mid-Feb are broken as I need to hang around until mid-April.  As much as I want to do the Central Asia trip, I also want to travel with her. Essentially I have to choose.

Please can you let me into Tibet, I'd really like to go.  I know you're not all that keen on British passport holders going there at the moment, but if you could let me (and a truck full of others) in, say, late May / early June next year that would be just lovely.

Why do you have to be so tempting and yet such a pain in the ass to get visas for?